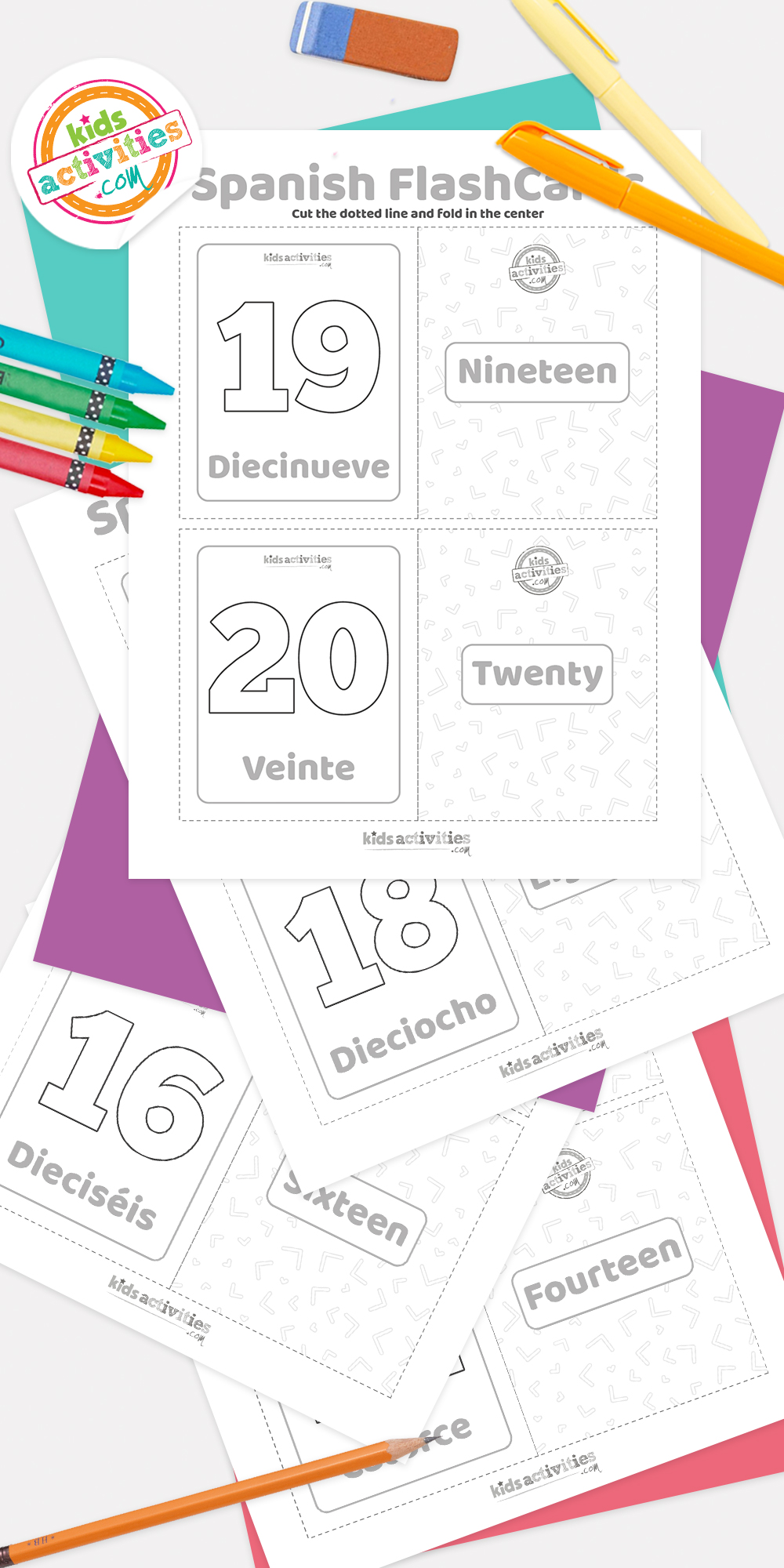 Download our printable flash cards and get ready for some exciting Spanish games while learning.

Learning new words in a foreign language doesn’t have to be hard! There are so many different ways to learn and practice Spanish words. A good example is this printable worksheet with the Spanish number words from 11 to 20.

Our printable sheets are a great resource for Spanish teachers looking for a fun addition to their lesson plans or parents that want to help their kids expand their Spanish vocabulary. Whether you’re visiting some Spanish-speaking countries or just want to learn the ordinal numbers in the Spanish language, this is a perfect place to start.

Our first printable page includes the numbers once (eleven) and doce (twelve). Can you find doce objects that are blue?

Our second printable page includes the numbers trece (thirteen) and catorce (fourteen). Can you find catorce objects that are blue?

Our third printable page includes the numbers quince (fifteen) and dieciséis (sixteen). Can you find dieciséis fruits in the kitchen?

Our fifth printable page includes the numbers diecinueve (nineteen) and veinte (twenty). You made it! You now know how to count to twenty in Spanish.

HOW TO USE SPANISH COLOR FLASHCARDS

Here are some fun ways to use these printable Spanish flashcards:

Did you enjoy these Spanish numbers 11-20 flashcards?